A Simple Classification of Crohnâ€™s Disease: Report of the Working Party for the World Congresses of Gastroenterology, Vienna 1998 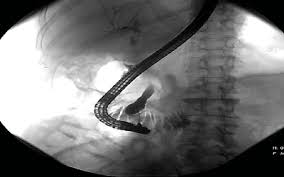 A Simple Classification of Crohn’s Disease: Report of the Working Party for the World Congresses of Gastroenterology, Vienna 1998

Gastroenterology is the official medical journal of the American Gastroenterological Association. Its first issue was published in 1943. It is currently published by Elsevier. According to the Journal Citation Reports, the journal has a 2017 impact factor of 20.877, ranking it first among 76 journals in the category "Gastroenterology  & Hepatology".

Crohn's disease is a heterogeneous entity. Previous attempts of classification have been based primarily on anatomic location and behavior of disease. However, no uniform definition of patient subgroups has yet achieved broad acceptance. The aim of this international Working Party was to develop a simple classification of Crohn's disease based on objective variables. Eight outcome-related variables relevant to Crohn's disease were identified and stepwise evaluated in 413 consecutive cases, a database survey, and by clinical considerations. Allocation of variables was conducted with well-defined Crohn's disease populations from Europe and North America. Cross-table analyses were performed by chi-square testing. Three variables were finally elected: Age at Diagnosis [below 40 years (A1), equal to or above 40 years (A2)], Location [terminal ileum (L1), colon (L2), ileocolon (L3), upper gastrointestinal (L4)], and Behavior [nonstricturing nonpenetrating (B1), stricturing (B2), penetrating (B3)]. The allocation of patients to these 24 subgroups proved feasible and resulted in specific disease clusters. Cross-table analyses revealed associations between Age at Diagnosis and Location, and between Behavior and Location (all p < 0.001). The Vienna classification of Crohn's disease provides distinct definitions to categorize Crohn's patients into 24 subgroups. Operational guidelines should be used for the characterization of patients in clinical trials as well as for correlation of particular phenotypes with putative biologic markers or environmental factors.

Thanks and Best Regards,
Editorial Manager
Research and Reports in Gastroentrology
Email: gastro@clinicalmedicaljournals.com