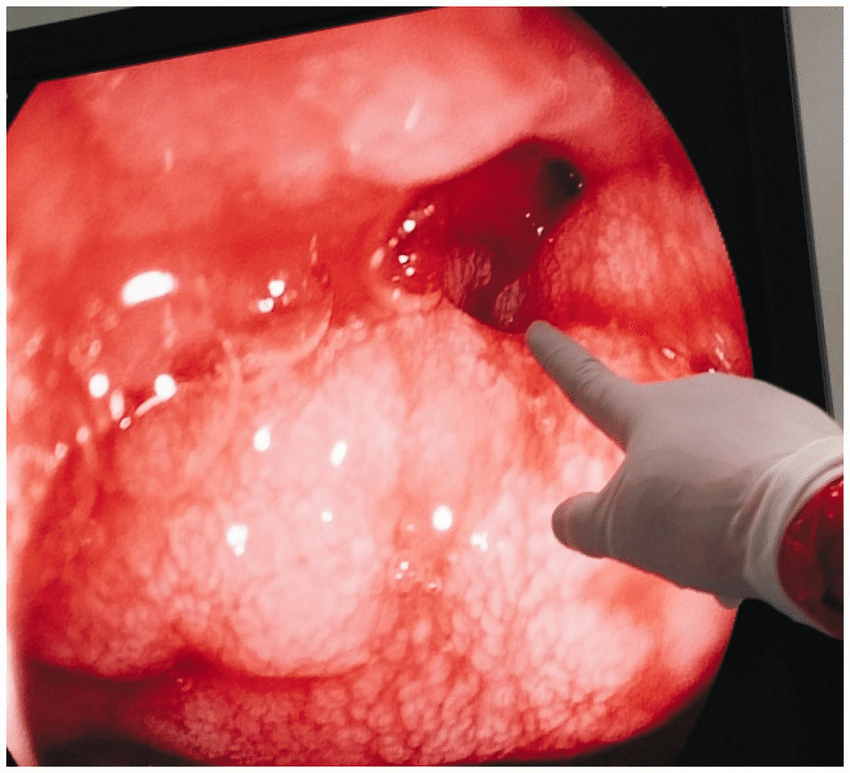 The two main causes of peptic ulcer disease are infection with gram-negative Helicobacter pylori and the use of nonsteroidal anti-inflammatory drugs (NSAIDs). Increased hydrochloric acid (HCl) secretion and inadequate mucosal defense against gastric acid also play a role. Treatment approaches include 1) eradicating the H. pylori infection, 2) reducing secretion of gastric acid with the use of PPIs or H2-receptor antagonists, and/or 3) providing agents that protect the gastric mucosa from damage, such as misoprostol and sucralfate.

Patients with peptic ulcer disease (duodenal or gastric ulcers) who are infected with H. pylori require antimicrobial treatment. Infection with H. pylori is diagnosed via endoscopic biopsy of the gastric mucosa or various noninvasive methods, including serology and urea breath tests. Eradication of H. pylori results in rapid healing of active ulcers and low recurrence rates (less than 15% compared with 60% to 100% per year for initial ulcers healed with acid-reducing therapy alone). Successful eradication of H. pylori (80% to 90%) is possible with various combinations of antimicrobial drugs. Currently, triple therapy consisting of a PPI combined with amoxicillin (metronidazole may be used in penicillin-allergic patients) plus clarithromycin is the therapy of choice. Quadruple therapy of bismuth subsalicylate, metronidazole, and tetracycline plus a PPI is another option. Quadruple therapy should be considered in areas with high resistance to clarithromycin. This usually results in a 90% or greater eradication rate. Treatment with a single antimicrobial drug is much less effective, results in antimicrobial resistance, and is not recommended. Substitution of antibiotics is also not recommended (that is, do not substitute ampicillin for amoxicillin or doxycycline for tetracycline). [Note: GERD (heartburn) is not associated with H. pylori infection and does not respond to antibiotics.]

Gastric acid secretion is stimulated by acetylcholine, histamine, and gastrin. The receptor-mediated binding of acetylcholine, histamine, or gastrin results in the activation of protein kinases, which in turn stimulates the H+/K+-adenosine triphosphatase (ATPase) proton pump to secrete hydrogen ions in exchange for K+ into the lumen of the stomach. By competitively blocking the binding of histamine to H2 receptors, these agents reduce the secretion of gastric acid. The four drugs used in the United States—cimetidine [si-MET-ih-deen], ranitidine [ra-NI-ti-deen], famotidine [fa-MOE-tideen], and nizatidine [nye-ZA-ti-deen]—potently inhibit (greater than 90%) basal, food-stimulated, and nocturnal secretion of gastric acid. Cimetidine was the first histamine H2-receptor antagonist. However, its utility is limited by its adverse effect profile and drug– drug interactions.

Actions: The histamine H2-receptor antagonists act selectively on H2 receptors in the stomach, but they have no effect on H1 receptors. They are competitive antagonists of histamine and are fully reversible.

Therapeutic uses: The use of these agents has decreased with the advent of PPIs.

Peptic ulcers: All four agents are equally effective in promoting the healing of duodenal and gastric ulcers. However, recurrence is common if H. pylori is present and the patient is treated with these agents alone. Patients with NSAID-induced ulcers should be treated with PPIs, because these agents heal and prevent future ulcers more effectively than H2 antagonists do.

Adverse effects: In general, the H2 antagonists are well tolerated. Cimetidine can have endocrine effects because it acts as a nonsteroidal antiandrogen. These effects include gynecomastia and galactorrhea (continuous release/discharge of milk). The other agents do not produce the antiandrogenic and prolactin-stimulating effects of cimetidine. Other central nervous system effects (such as confusion and altered mentation) occur primarily in elderly patients and after intravenous administration. Cimetidine inhibits several cytochrome P450 isoenzymes and can interfere with the metabolism of many other drugs, such as warfarin, phenytoin, and clopidogrel. All H2 antagonists may reduce the efficacy of drugs that require an acidic environment for absorption, such as ketoconazole.