A Triplet Baby with Progressive Hydrocephalus and Neurodevelopmental Delay 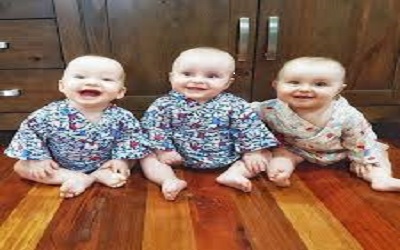 A 4-month old baby girl, one of the Triplets born premature at 34 weeks of gestation was admitted at one of the South Africa’s referral hospital due to severe vomiting, progressive hydrocephalus with neuro-developmental delay. The other two siblings demised shortly after birth. The mother was known HIV positive on the HAART and the baby tested negative using HIV DNA PCR. Three consecutive samples of cerebrospinal fluid (CSF) from the shunt were sent to the laboratory for analysis. The baby did not have any fever, neck stiffness or seizures. Four consecutive CSF samples showed clear appearance, decreased glucose levels with increase in the adenosine deaminase enzyme levels (ADA). CSF protein was normal and microscopy showed absence of cells. Due to the high ADA activity, the CSF microscopy for acid fast bacilli and culture for general bacteria and Mycobacterium Tuberculosis (MTB) were performed and both were negative. CT scan brain showed large multiple cysts with enlarged lateral ventricles. MRI was not done because it was not available at that time. In TORCH screening, apart from the CMV (IgG), the rest were negative. The former was very high in titre in the mother’s blood, but negative in the baby. Both mother and baby tested negative for CMV IgM. In addition, three consecutive urine samples from the baby were collected for CMV detection by the polymerase chain reaction (PCR) and they were all negative. Absence of maternal CMV IgG in the baby at this age was unusual and repeated twice to confirm the negative result. CSF PCR for both MTB and CMV were also negative. Differential diagnoses were periventricular leukomalacia (PVL) either from CMV encephalopathy or pre/perinatal stroke (hypoxic ischemic brain injury), as in both conditions the multiple periventricular cysts formation is a shared characteristics. On the basis of negative CMV PCR test, antiviral therapy was not considered. It is, however, to note that positive rate of CMV PCR in neonatal period is very low despite presence of infection. Conclusion: Perinatal or intrauterine CMV infection is very difficult to prove. It is recommended that evaluation of such cases require MRI scanning of central nervous system which can reveal calcifications in the light of difficulties in finding the viral genome by nucleic acid testing. Patient would have benefite  Such topics are published in Archives of Clinical Pathology Journal.