Evaluating Hallucinogenic or Psychedelic Drug Intoxication in an Emergency Setting 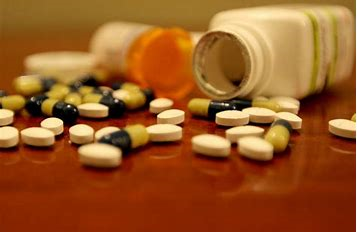 Under certain conditions or in an overdose setting, several classes of drugs can induce illusions, hallucinations, or delusions. However, one of the hallmark features of hallucinogens or psychedelic agents is their ability to induce states of altered or distorted perception, thought, and mood. Many hallucinogens produce classic sympathomimetic effects; that is, hyperactivity, mydriasis (dilated pupils), hypertension, tachycardia, and hyperthermia. However, the effects vary considerably, depending upon the hallucinogen ingested. Qualitative confirmation by the laboratory that the patient is suffering from hallucinogen intoxication such as marijuana use can be helpful to the clinician. However, the common toxicologic drug screens used by most clinical laboratories do not detect many hallucinogenic agents (such as LSD [lysergic acid diethylamide]). Thus, diagnosis of hallucinogen ingestion and treatment is often based on history of use and physical examination.

Hallucinogens are a diverse group of drugs that alter and distort perception, thought, and mood. Synesthesias (sensory misperceptions such as hearing colors or seeing sounds) are common. Hallucinations are false perceptions that have no basis in external stimulation. Hallucinogens are sometimes described as being mind manifesting (psychedelic), generating a religious experience, and producing dreams.2 Several cultures have used naturally occurring hallucinogenic (psychedelic) compounds in ceremonial worship for centuries. The sacramental substance “soma,” described in the Hindu holy book,the Rig-Veda,as being godlike and intoxicating is thought to be derived from the juice of the hallucinogenic mushroom, Amanita muscaria.3 The Assyrians used cannabis during their religious.
rites and for neurologic and psychiatric diseases; Egyptian papyri document its use in childbirth, and its medicinal properties were recognized by the Chinese for 2,700 years. In Eastern Europe around the 16th century, morning glory seeds were known to cause hallucinations. Natural ergot (Claviceps purpurea) has also been associated with hallucinations and altered mental status. The synthetic hallucinogen, LSD, was formulated in 1938 by Albert Hofmann, a Swiss chemist at Sandoz,who several years later developed hallucinations after he accidentally became exposed to the compound. During the 1950s, psychiatrists used LSD as an adjunct for analytic psychotherapy4; around this time it also became popular as a recreational drug. LSD was banned by the federal government in 19665; it has been classified as an illicit substance (schedule I agent) with high abuse potential and no known medical use.

Submit manuscripts at https://www.scholarscentral.org/submissions/pharmaceutical-sciences-emerging-drugs.html or an e-mail attachment to the Editorial Office at editor.jpsed@peerjournal.org