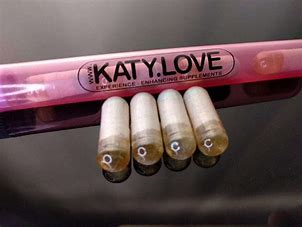 HepaRG cells, a newly developed human hepatoma cell line, differentiate into hepatocyte-like morphology by treatment with dimethyl sulfoxide (DMSO). The expression of cytochrome P450 (P450) enzymes, transporter proteins, and transcription factors was stable in differentiated HepaRG cells over a period of 6 weeks when cultured with DMSO. Compared with human hepatocytes, expression of P450 in HepaRG cells was in general lower with the exception for a considerably higher expression of CYP3A4 and CYP7A1. The expression of P450s generally decreased when DMSO was removed from the medium, whereas transporters and liver-specific factors were unaffected. The relative mRNA content of drug-metabolizing P450s displayed the highest resemblance between human hepatocytes and differentiated HepaRG cells 1 day after removal of DMSO from the medium. The metabolism of
midazolam, naloxone, and clozapine in HepaRG cells was similar tohumanhepatocytes,indicatingthefunctionofCYP3A4,CYP1A2, and UDP-glucuronosyltransferase enzymes. However, the metabolism of 7-ethoxycoumarin and dextromethorphan was low, confirming low levels of CYP2E1 and CYP2D6 in HepaRG cells. The P450 probe substrates indicate a decrease in CYP1A2, CYP2B6, CYP2C9, and CYP3A4 activities in HepaRG cells 1 day after removal of DMSO from the medium. The activities were then relatively stable in DMSO-free medium for up to 14 days. Based on the stable expression of liver-specific functions over a long period in culture, the relative mRNA content of drug-metabolizing P450s, and metabolic properties, HepaRG cells provide a valuable in vitro model for human drug metabolism studies.

Submit manuscripts as an e-mail attachment to the Editorial Office at editor.jpsed@scitechnol.com A Manuscript number will be emailed to the corresponding author within 72 hours.