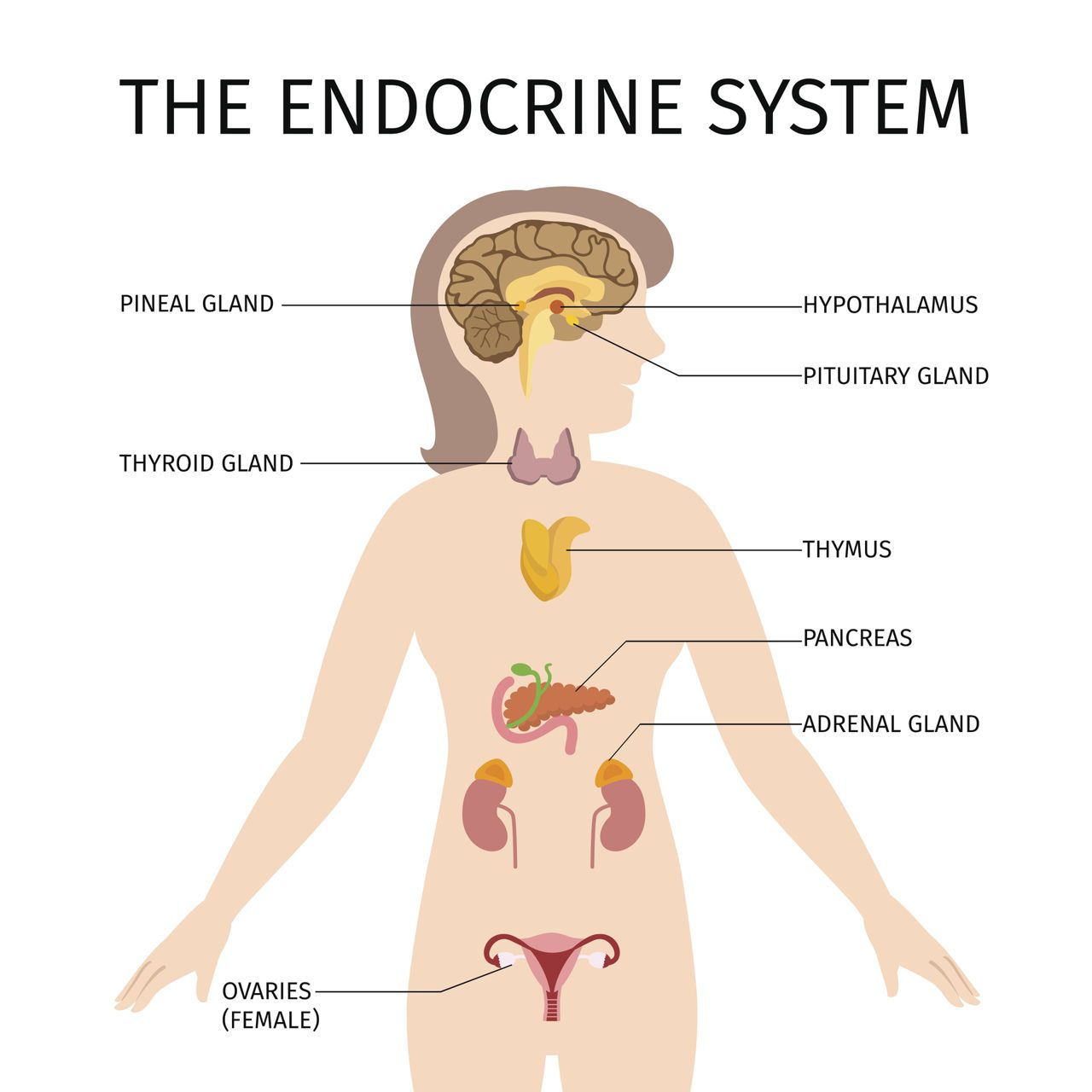 A hormone is any member of a class of signaling molecules, produced by glands in multicellular organisms, that are transported by the circulatory system to target distant organs to regulate physiology and behavior.Hormones have diverse chemical structures, mainly of three classes: eicosanoids, steroids
amino acid/protein derivatives (amines, peptides, and proteins).The glands that secrete hormones comprise the endocrine signaling system. The term "hormone" is sometimes extended to include chemicals produced by cells that affect the same cell (autocrine or intracrine signaling) or nearby cells (paracrine signalling).

Hormones serve to communicate between organs and tissues for physiological regulation and behavioral activities such as digestion, metabolism, respiration, tissue function, sensory perception, sleep, excretion, lactation, stress induction, growth and development, movement, reproduction, and mood manipulation.Hormones affect distant cells by binding to specific receptor proteins in the target cell, resulting in a change in cell function. When a hormone binds to the receptor, it results in the activation of a signal transduction pathway that typically activates gene transcription, resulting in increased expression of target proteins; non-genomic effects are more rapid, and can be synergistic with genomic effects.Amino acid–based hormones (amines and peptide or protein hormones) are water-soluble and act on the surface of target cells via second messengers; steroid hormones, being lipid-soluble, move through the plasma membranes of target cells (both cytoplasmic and nuclear) to act within their nuclei.