Integrating Yoga with Psychotherapy: A Complementary Treatment for Anxiety and Depression 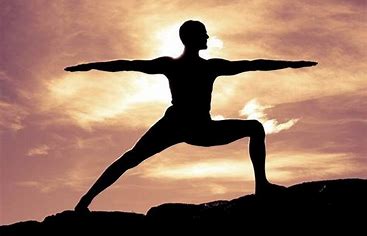 Yoga reduced anxiety for people with state, trait, and performance anxiety as well as for people with PTSD. The breath work practice, meditation practice, and learning about yoga practices decreased feelings of anxiety, whereas the physical postures decreased the physical symptoms of tension and anxiety. Given that yoga was found to be as effective as conventional relaxation techniques in reducing stress and anxiety, people with anxiety may wish to also consider the unconventional relaxation techniques of yoga. Yoga reduced depression for people with many forms of depression, including those who were taking antidepressant medications or participating in conven
Integrating Yoga with Psychotherapy 141
tional psychotherapy. Particularly, the physical postures of Iyengar yoga had many physical and cognitive benefits for people with depression. Focusing on postures that open and lift the chest counteracted feelings of depression, increased positive mood, offset the collapsed body posture, and helped people with depression. Additionally, the breath work practices gave people with depression a sense of control over their bodies, while the meditation practices allowed people with depression to release patterns of rumination on depressive thoughts. Studies showed that yoga improved participants’ psychophysiology. For example, the autonomic nervous system response became regulated, and neurotransmitter and hormone levels positively changed. After practicing yoga, a form of homeostasis was created in the body similar to the effects of conventional medications. Thus, yoga may be an appropriate non-pharmacological clinical intervention for treating anxiety and depression (Javnbakht et al., 2009).

Submit your work at https://www.scitechnol.com/submission/ or send an e-mail attachment to the Editorial Office or yogapractice@scitecjournals.com