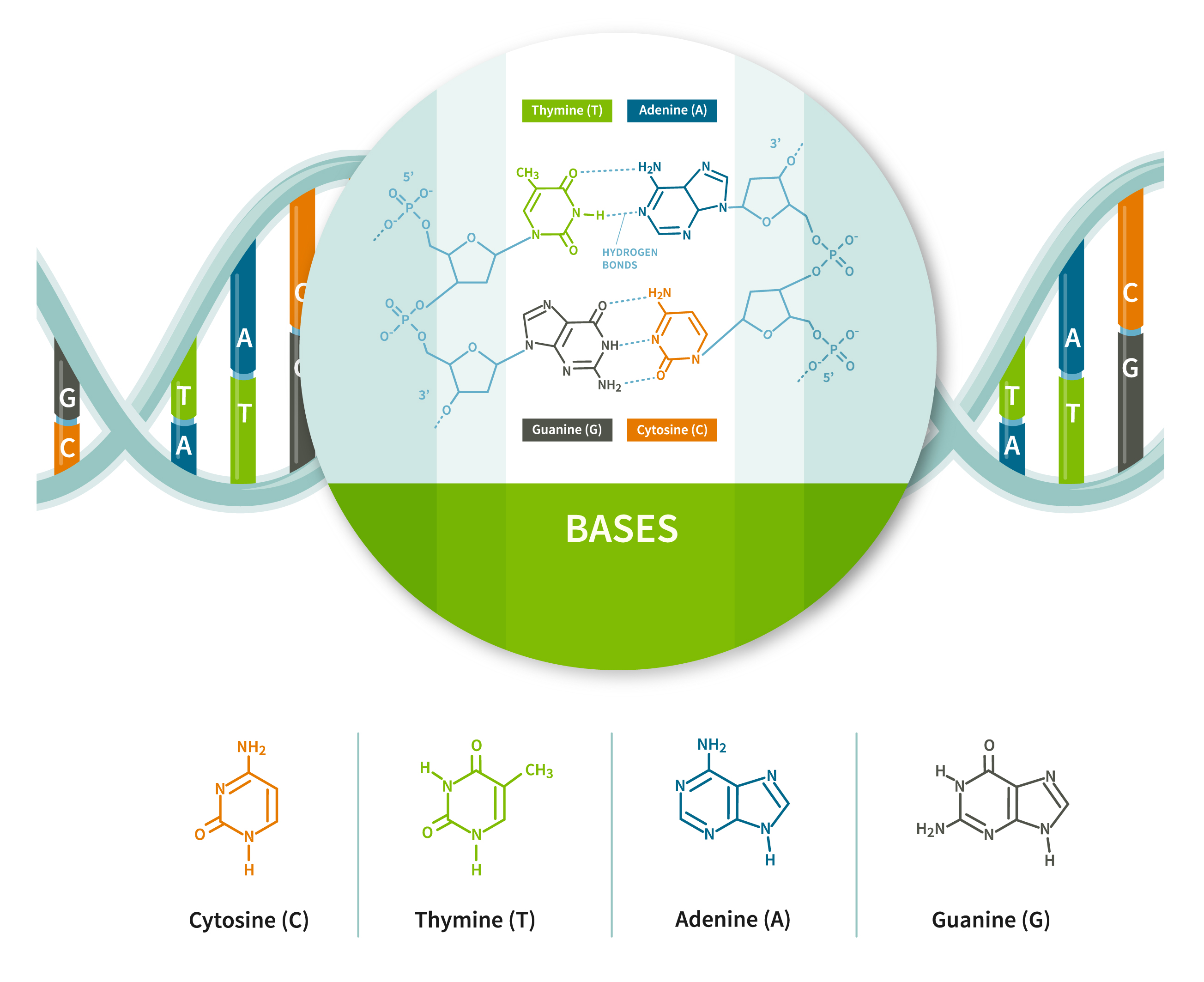 Nucleotides are molecules consisting of a nucleoside and a phosphate group. They are the basic building blocks of DNA and RNA.They are organic molecules that serve as the monomer units for forming the nucleic acid polymers deoxyribonucleic acid (DNA) and ribonucleic acid (RNA), both of which are essential biomolecules within all life-forms on Earth. Nucleotides are the building blocks of nucleic acids; they are composed of three sub unit molecules: a nitrogenous base (also known as nucleobase), a five-carbon sugar (ribose or deoxyribose), and a phosphate group consisting of one to three phosphates. The four nitrogenous bases present in DNA are guanine, adenine, cytosine and thymine; in RNA uracil is used in place of thymine.

Nucleotides also play a central role in metabolism at a fundamental, cellular level. They carry packets of chemical energy—in the form of the nucleoside triphosphates Adenosine triphosphate (ATP), Guanosine triphosphate (GTP), Cytidine triphosphate (CTP) and Uridine triphosphate (UTP)—throughout the cell to the many cellular functions that demand energy, which include: synthesizing amino acids, proteins and cell membranes and parts, moving the cell and moving cell parts (both internally and intercellularly), dividing the cell, etc. In addition, nucleotides participate in cell signaling (cyclic guanosine monophosphate or cGMP and cyclic adenosine monophosphate or cAMP), and are incorporated into important cofactors of enzymatic reactions (e.g. coenzyme A, FAD, FMN, NAD, and NADP+). In experimental biochemistry, nucleotides can be radiolabeled with radionuclides to yield radionucleotides.