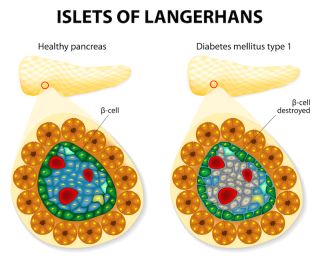 Endocrinology & Diabetes Research is a peer-reviewed, open-access journal focused on publishing articles in all aspects of Type 1 and Type 2 Diabetes, Diabetic Nephropathy and retinopathy, Gestational Diabetes and Endocrinology.

DM is defined as a Diabetes mellitus is a disorder in which blood sugar (glucose) levels are abnormally high because the body does not produce enough insulin to meet its needs. Dietary habits and sedentary lifestyle are the major factors for rapidly rising incidence of DM among developing countries. In type 2 diabetics, recently, elevated HbA1c level has also been considered as one of the leading risk factors for developing microvascular and macrovascular complications. Improvement in the elevated HbA1c level can be achieved through diet management; thus, the patients could be prevented from developing the diabetes complications.

Relation between Diet and Type 2 DM:

The role of diet in the etiology of T2DM was proposed by Indians as mentioned earlier, who observed that the disease was almost confined to rich people who consumed oil, flour, and sugar in excessive amounts.30 During the First and Second World Wars, declines in the diabetes mortality rates were documented due to food shortage and famines in the involved countries such as Germany and other European countries.

Nutritionists advised that nutrition is very important in managing diabetes, not only type but also quantity of food which influences blood sugar. Meals should be consumed at regular times with low fat and high fiber contents including a limited amount of carbohydrates. It was observed that daily consumption of protein, fat and energy intake by Saudi residents were higher than what is recommended by the International Nutritional Organization.

Many studies have reported a positive association between high intake of sugars and development of T2DM.Recently, evidence suggested a link between the intake of soft drinks with obesity and diabetes, resulting from large amounts of high fructose corn syrup used in the manufacturing of soft drinks, which raises blood glucose levels and BMI to the dangerous levels.

Manuscripts can be uploaded endocrineres@scitecjournals.com or Online so kindly utilize the benefits by submitting your valuable research during this week.