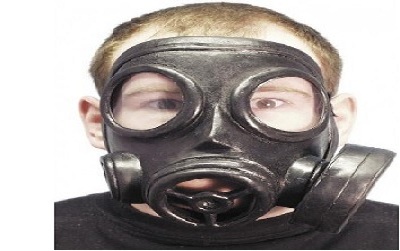 This study aims to clarify the systemic toxic effects of chlorobenzylidenemalononitrile (CS) and to confirm or reject the possibility of cyanide intoxication on the exposed patients. The study was conducted in PCC Ain Shams University, on exposed rioters during the November 2011 demonstrations to CS gas in Cairo. Control groups included light and moderate to heavy smokers as well as non-smokers. Plasma thiocyanate, the metabolite of cyanide was assayed in all groups. Plasma thiocyanate of victims of CS exposed gas showed no significant differences from light smoker volunteers and was not significantly different when followed up after 2 weeks. Clinical and laboratory workup did not detect any of the evidence pertaining to cyanide poisoning. No fatality was recorded in the studied series. It is concluded that transient exposure of street rioters to CS gas (2.8 minutes average) in open air, hence with limited CS gas concentration would not produce cyanide toxicity. And such relevant topic falls under the scope of Journal of Forensic Toxicology & Pharmacology.